Bryce Reeves Earns Support of Thirty Sheriffs Across The Commonwealth 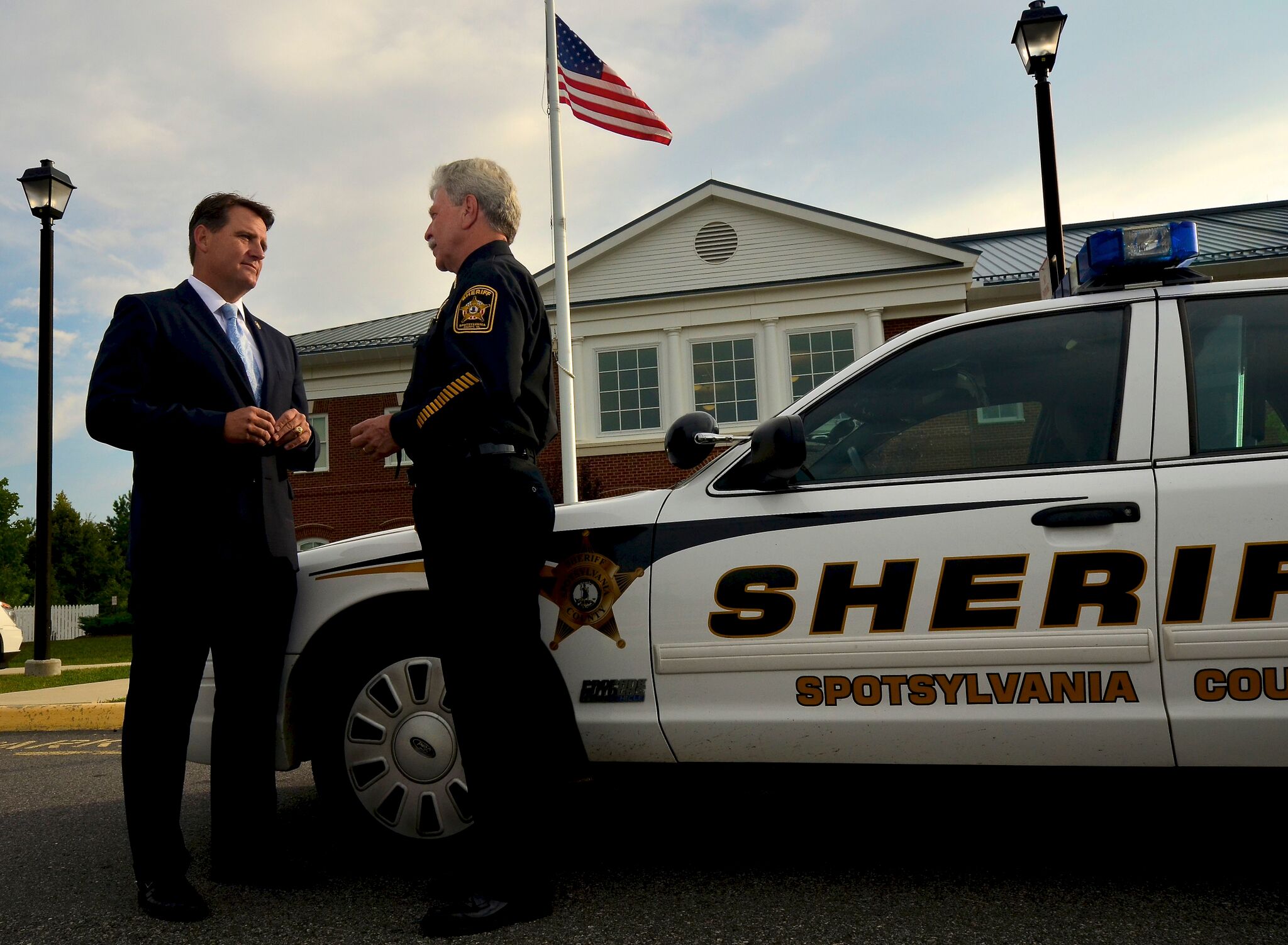 FREDERICKSBURG- Today, Revitalize Virginia PAC chairman and state Senator Bryce Reeves announced the support of thirty sheriffs from across Virginia as he explores a campaign for lieutenant governor in 2017. Reeves (R-Spotsylvania) is a former Prince William County Narcotics Detective and former US Army Ranger who currently serves on the Courts of Justice Committee in the State Senate.

“Having served as a cop with Bryce in Prince William County Virginia, I know he has the experience and the heart needed to lead Virginia to a brighter future,” stated Spotsylvania County Sheriff Roger Harris who is a third term Sheriff of the county. “I am excited that Bryce is running for lieutenant governor and will give a voice we need to Virginia’s law enforcement.”

“I like his leadership,” said Sheriff Karl Leonard (Chesterfield). “I feel very confident that Bryce Reeves is who Virginians need as our next Lieutenant Governor in 2017. He has worn the cloth of our country as I have with the U.S. Coast Guard and Bryce has served as a Vice-Narcotics Detective in Prince William County. Bryce Reeves is a leader who puts service above self and has the strongest record of any candidate with our veterans and law enforcement.” Sheriff Leonard has been a key grassroots leader in past Republican elections. He also has an extensive 30 year career for our U.S. Coast Guard including several deployments to the Middle East and a couple Pentagon tours.

“Bryce Reeves is the leader Virginians need as our next lieutenant governor,” said Sheriff Richard Vaughan. “As a former detective, he knows the challenges our law enforcement face today. My campaign for Sheriff focused on ‘principles, not politics’ and I see the same authentic leadership in Bryce.” Sheriff Vaughan was unanimously elected President of the Virginia Sheriffs Association and has over 20 years in law enforcement.

“I’d like to thank everyone for their trust and support while considering my run for lieutenant governor in 2017,” stated Reeves. "The support of these wonderful Law Enforcement Officers is such an honor to me. Their goals are to keep our homes, schools, and streets safe and make sure every deputy returns home safely after each shift. I look forward to working with our Law Enforcement across the Commonwealth to ensure they have the tools they need to keep Virginians safe and secure and am excited to have these Sheriffs on board to help us kick-off Revitalize Virginia PAC’s Law Enforcement Coalition.”

Senator Bryce Reeves has received the endorsements of the following Sheriffs: