Get to Know Bryce 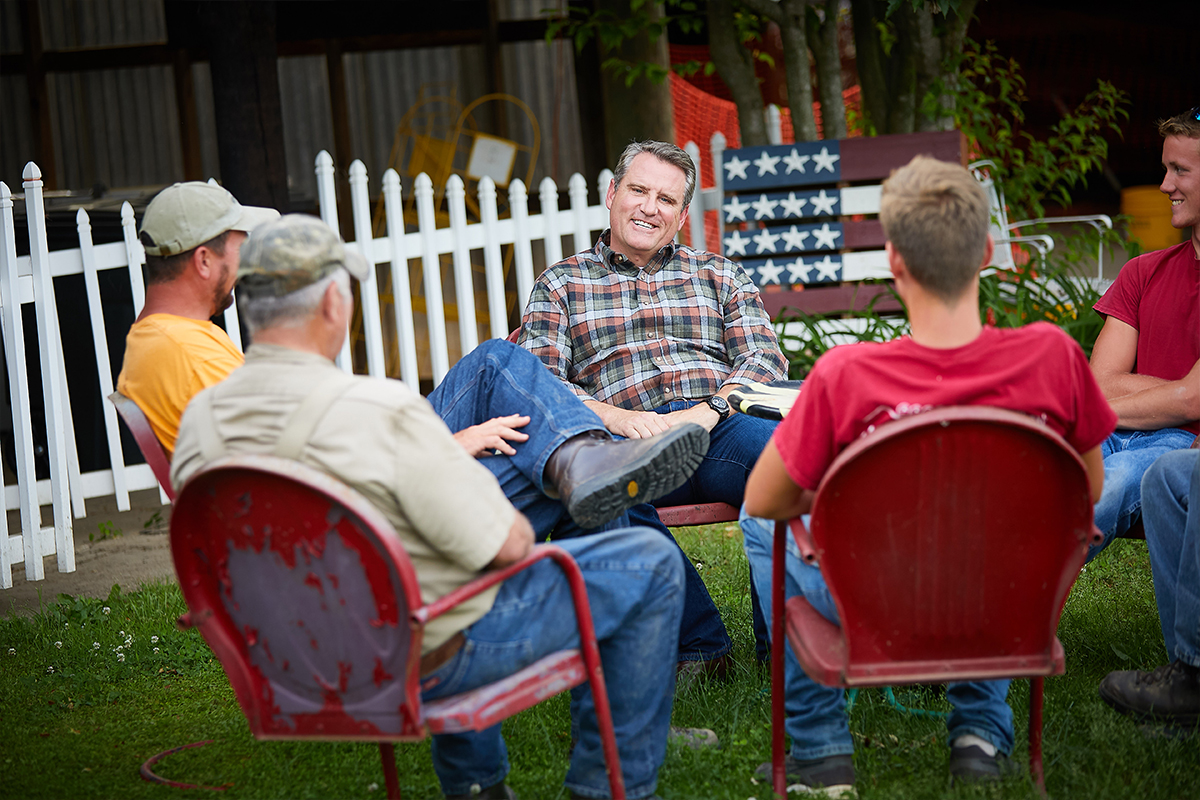 Bryce Reeves is a husband, father, coach and small business leader who represents Virginia’s 17th District in the State Senate. First elected on a pro-jobs platform in 2011, Bryce defeated a 28-year incumbent by 86 votes.

Bryce is a graduate of Texas A&M University with a Bachelor of Science degree and was recognized for his academic achievement with the Distinguished Military Graduate designation. Upon graduation, Bryce was commissioned a Second Lieutenant in the United States Army and served as an Airborne Ranger in the Infantry.

He holds a Master of Public Administration in Public Policy from George Mason University and has also completed the University of Virginia’s Sorensen Political Leaders Program and Candidate Training Program.

Bryce also completed the Senior Executives in State and Local Government Program at the Harvard University John F. Kennedy School of Government and was asked to attend the National Security Seminar at the US Army War College.

In 2016, Bryce was chosen to be the Chairman of the Rehabilitation and Social Services Committee in addition to Chairman of the Certificate, Oath, and Confirmation Review Subcommittee of Privileges and Elections, where he also serves as Vice-Chairman.

He is a standing member of the National Conference of State Legislatures (NCSL) Task Force on Military and Veteran’s Affairs and the NCSL Human Service and Welfare Committee.

Due to his extensive work on military and veterans’ issues, in 2013 Bryce was named Legislator of the Year by the Military Officers Association of America.

Advocating for a broad range of issues, he has received awards from the Virginia Nurses Foundation, the Richmond Technology Council, the Virginia Campground Association, the American Council of Engineering Companies, and the Virginia Assembly of Independent Baptists.

Bryce was chosen as one of 15 state legislators in the country for GOPAC’s Emerging Leaders Program and now subsequently serves on GOPAC’s Legislative Advisory Board.

Just this past year, Bryce led the effort to bring comprehensive reform to Virginia’s foster care system, which had not been done for 40 years. Initially told this could not be done in one year, Bryce carried the omnibus bill that would go on to pass both chambers unanimously and be signed in to law.

Prior to being elected, Bryce served as a grassroots leader and was Chairman of the Spotsylvania County Republican Committee.

Bryce lives in Spotsylvania County, Virginia with his wife, Anne, and their two children, Nicole and Jack.